141 pieces of plastic take up a considerable amount of space in my living room. Right underneath my Hi-Fi system and one of the most expensive pieces of tech I own to play them on, nearly every one of these vinyl records has been bought in the last 4 years.

It amounts to a collection worth so much that I instantly regretted spending an evening tagging each one on Discogs as soon as I saw their estimated worth. I’m not a Vinyl connoisseur by any stretch of the imagination, but for a few years now it has dominated how I listen to and enjoy music. Rather than be predictable and ramble on about whether there’s any noticeable difference between the sound of a record and a download (there is!), or even question whether the vinyl bubble is going to burst any time soon, I thought I could dive into a few specific records that stand out in my collection. 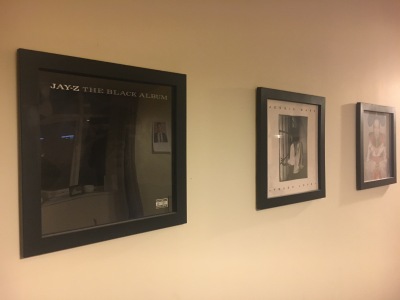 The very first record I owned, I had my copy of Jay Z’s best album well before I even went near buying one in a shop. A Christmas present from my brother who couldn’t have known what he had just unleashed on the world, it was meant to just hang on the wall as a nice piece of wall art. It eventually did when I moved into a flat by myself, alongside Jessie Ware’s Tough Love and Björk’s Homogenic as my first two proper purchases and it remains hung up on my wall to this day. As ‘first records’ go, one of the greatest hip hop records of all time isn’t a bad one to start with. 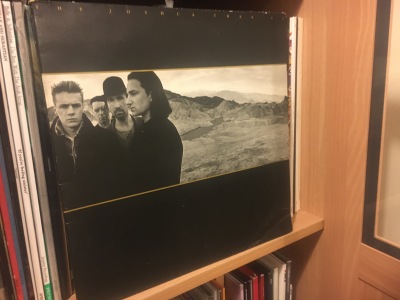 The Joshua Tree – U2

One thing that I’ve found with growing a collection of vinyl, old and new is that ‘classic’ albums seem to take on a whole new life when you buy them as if they are new. I liked The Joshua Tree the few times I’d listened to it, but picking up a well used copy for £2 at a record fair made it feel like I’d rediscovered a forgotten piece of music history. I ended up getting totally into the record, it’s surely one of the most listened to records I own, just in time for the band’s anniversary tour for the record. I now intentionally try and listen to true classics in the original format, as if U2 are some obscure band no one has ever heard of.

I’m genuinely not sure if I’d have bothered with vinyl had I not been so obsessed with everything Laura Marling has released. Every one of her LP’s was a must buy for me, some of which before I even had a record player, but this 7” single is one that I find really special. Not just because I get to use the little widget thing to let me play 7” singles, but because of how warm and entrancing both tracks here sound on my player. Acoustic music sounds fantastic on record.

‘The Sam Atkins Grows Up Playlist’

Everything Changes – Take That

Say You’ll Be Mine/Better The Devil You Know – Steps

I’ve grouped this lot together because I’ll probably get kicked off of Picky Bastards if they find me talking about Steps and Take That for too long. I can’t even explain how hilarious and amazing and strange and life changing owning the songs I grew up with on record is. In the ‘very serious music enthusiast’ world of Vinyl it feels like a victory for 90s and 00s pop. The terrible print of the picture disc on the Take That one in particular might make it entirely unlistenable but just look at that photo of those lads. Amazing. (Side note, if Sam from 2004 had owned a record player he’d have owned EVERYTHING Christina Milian had ever released on Vinyl)

There’s something truly heartbreaking about this reissue of George Michael’s second solo album that puts it right at the top of my favourites in my collection. Scheduled as part of an anniversary package to coincide with his self produced film Freedom, his unexpected death on Christmas Day of 2016 casts a shadow on this LP in particular. Hearing his vocal on opening track ‘Praying For Time’ in the remastered format that George himself had been working on just days before he passed is gut wrenching for any fan, while his version of Stevie Wonder’s ‘They Won’t Go When I Go’ takes on a whole new sentiment. Even Listen Without Prejudice‘s iconic artwork defines what a record experience is to so many of us, it’s an outstanding album from an artist every record collection should feature.

8am EP – Everything Is Recorded

The last record that stands out for me is one of my most recent purchases and one I bought on one of my many trips around the record shops of London. My partner David is now reluctant to go on trips with me to London anymore as he knows it’ll end with me in Rough Trade debating whether to buy that M.I.A. album I’ve never seen on Vinyl before. The 8am EP is a favourite not just because it’s not available on streaming services at all, but because of the etched design that appears on side 2. It’s an interesting use of the medium and personally works much better than the ‘coloured Vinyl’ releases that clog up HMV these days.

It’s just a handful of the records that mean something to one silly bastard who wastes far too much time and money on music he already owns. A music collection is so special and for me over the last few years, my Vinyl records have become the central part of that growing selection of pretty great music.