If anyone was going to deliver one of the most interesting records in 2020 ‘Year of the Mask’, it was surely the mysterious masked figure of Orville Peck. We’ve never even seen his full face, but across his unexpected debut album Pony last year one of the most interesting new voices in country music emerged. The fact he happens to be gay too ruffled just a few feathers in Nashville, but what made it such a unique record is how unapologetically queer the themes and song-writing was. Show Pony is somewhat of a stop gap between that and his proper second album, but for me it stands as the perfect entry point for a potentially huge voice in the genre.

Instantly you are hit by that voice. A deep booming voice that barely sounds like anything in mainstream country in 2020.

Orville sings with this crooning tone that’s veers so close to parody that you often wonder if he only started singing like this by accident.

Either way it gives every song on here a sort of ‘forgotten classic’ feel, like buried treasure on a country hits vinyl record in a charity shop. His voice is certainly going to be a deal breaker for some, opener “Summertime” will be enough to know Orville Peck is for you. 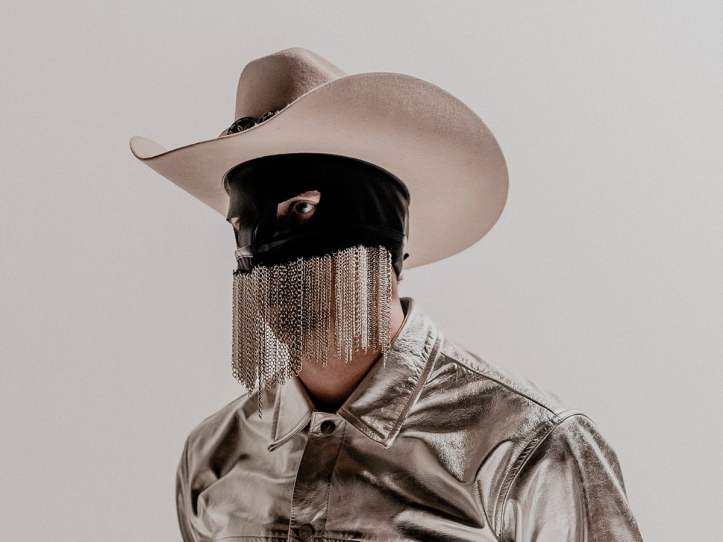 On we go to “No Glory In The West”, which also captures this sort of expansiveness of sound through very little instrumentation. This EP is most definitely more accessible to a wider audience than the more tonally consistent debut album, which was way more set in the crooner dive bar aesthetic. Here the songs stand alone a little bit more, which I think is a good thing on an EP and allows him to take the sound to a slightly different place on the remaining tracks.

“Drive Me, Crazy” feels much more rooted in 90s country, sort of Garth Brooks in its sing-along chorus, the influences of so many eras of country music are heard here. There always feels like a sort of melancholic edge on songs like this too, whether that’s just down to the crooner performance or the lyrics themselves. Kids is probably the most straightforward song on the album, though what follows in the final tracks is nothing but straightforward.

If I was a gay cowboy, and who doesn’t wish they were a cowboy sometimes, who would I want to sing with? There’s only one name, especially if you’re a Canadian gay cowboy: Shania Twain.

“Legends Never Die” really stands out here, by far the most pop country thing Orville Peck has been involved in (even including the Diplo record) and it works really well as a fully fledged duet.

It might just be the breakthrough moment that he needs to properly push into the mainstream, so I understand why an EP would be the way to deliver it. Whether it would make sense alongside some of his more crooning moments from Pony? I doubt it, but on Show Pony is builds to the almighty finale.

A finale cover of Bobbie Gentry’s all time classic “Fancy” in fact. A song you may know most as one of Reba McIntyre’s most memorable performances. Orville Peck’s version definitely recalls the former more than the 90s version, but still retains the high drama. It’s refreshing to hear him not change the lyrics at all too, giving a song that made waves for its pro sex-work storyline a new queer edge in 2020. I haven’t heard a cover version that’s been as successful if reinventing a song in a new light like this in ages and it closes the EP on a high.

Orville Peck is undeniably unique in the music space and it’s to be seen whether the flickers of a more pop country leaning sound here will be heard on the inevitable second album next year. I personally enjoyed these moments on here, and even when the music becomes more accessible his voice is undeniably unique. Show Pony is a set of interesting country songs, with many highs and enough to make me look forward to whatever is coming next.